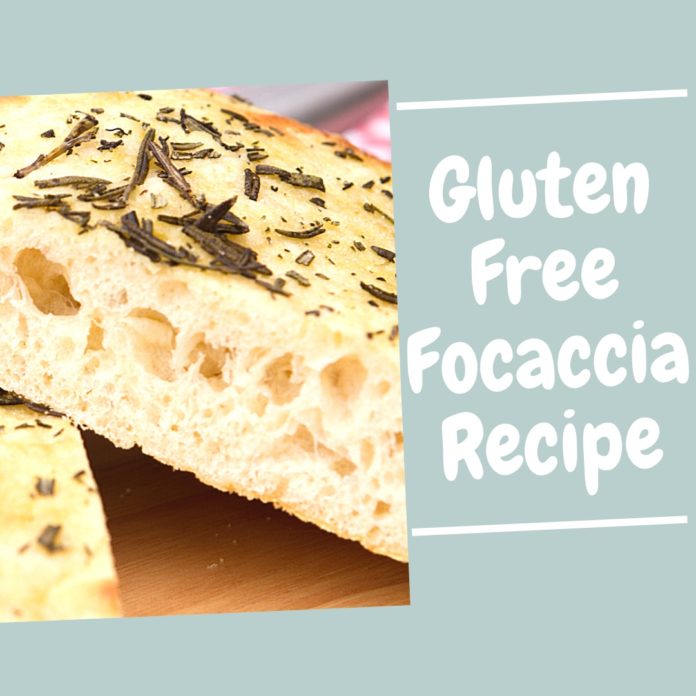 Thought to date back to the Ancient Greeks or the Etruscans of Northern Italy in the day of the Roman Empire, this bread was made with oil and spices and thought to be an early version of what would later become modern-day pizza. The name originates from the Roman words “panis foacius” which translates to fireplace bread which is likely how the bread was initially made before the hearth was available. Just how far back does it go? There is evidence that in Pompeii, which was destroyed by Mount Vesuvius in 79AD had stands that prepared and sold focaccia.

Foccacia continues to be one of the most popular types of bread in Italy today. One of the most important ingredients of focaccia was (and is,) olive oil, which was added to the top of the dough as a way to preserve its moisture after cooking. Here in the U.S. simple focaccia often has olive oil, rosemary & cheese. You will find plenty of other toppings including all types of herbs, roasted garlic, onion, tomatoes, bacon & olives. There are also sweet versions with honey, sugar, orange peel, or raisins.

So being celiac makes it difficult to find good bread. I enjoy cooking, but baking is a bit different. I find that in cooking I can change up a recipe and make it my own easily, but baking is more of an exact science and that is something I struggle with, so I researched several recipes and decided to try my own version. I expected the first several attempts to be a failure, to be honest, but through trial and error, I could find what works best for me.

There are so many options out there and one of the first things I noticed is some people use warm water and others warm milk. Another difference was making your own flour blend versus a store-bought version. In some instances, people used butter in the dough where others used olive oil both in the dough and then on top. So again after a few days of research, here is what I did.

For the Gluten Free Focaccia:

For the focaccia topping:

I took all the dry ingredients (gluten free flour, rapid yeast & sugar,) and mixed them together.

I heated the milk in the microwave until it was warm to the touch. I poured in the milk and olive oil and used a hand mixer for 3 to 4 minutes. The dough comes out a bit gooey. Being my first time I wasn’t sure if this was the way it was supposed to look, but moved forward.

So here is another place I went in a different direction that other recipes. I put olive oil all over the cast iron pan. Enough to coat the bottom and the sides. I was worried it was a bit too much as I could see some oil on the sides of the dough once I pressed it into the pan (so much for baking being an exact science.) I covered the dough with a kitchen towel and let it rise for 45 minutes. It did not double in size as I had read in other blogs, but it did rise somewhat and I was being impatient, so again I moved forward with the next step. Likely it would be a good idea to let the dough rise for a couple of hours but I was too excited for that!

While talking about impatience, I am not sure if I should have let the dough rise on its own before adding the toppings, but I added mine right away.

My dough was too sticky at the time to put “dimples” in it by using the back of a spoon, but I did my best. I read that some people take the bread out half way through and add the dents at that time. I added a few that gave it a more wavy appearance and popped it in the oven.

I baked at 400 for 25 minutes. Some ovens may required a bit more time (5 to 10 more minutes,) but this was a smaller oven that tends to cook things more quickly.

I turned the oven off and had no idea how it was going to taste, but the smell in the house was amazing. I was a bit worried the center would not be cooked through, but the top had a nice golden brown so I decided to let it sit in the warm oven for 5 more minutes.

I took it out and let it cool for 10 minutes. Moment of truth was to see if the bread stuck to the pan. Again I had enough olive oil in there that I was hoping that would not be the case, but this was my first attempt at any type of gluten-free baking from scratch. To my surprise & delight, the bread came right out of the pan. The aroma was intoxicating. Mind you, I don’t eat bread often, and certainly not fresh-baked, so it’s probably not difficult to put me in a trance.

The taste was amazing! A slight crunchy on the outside, moist in the middle and so much flavor! I drizzled a 1/4 cup of olive oil over the top and then we used a balsamic glaze to dip into as well, but it honestly had plenty of flavor on it’s own.

The next morning I had another piece for breakfast. It did take about 10 minutes to heat the slice in the oven because it is a bit dense, but great flavor. I once again added a little olive oil and balsamic (yes a strange breakfast but I just had to have another piece.) The olive oil I had put overnight had obviously been absorbed by the bread and it did not have a greasy feel at all. I stored mine in a ziplock bag, but there are perhaps better ways to preserve it – I will need to do some research.

I read that the bread is best eaten in 2 to 3 days. My family who can eat gluten have been helping me out and could not believe it was gluten free. Therefore, I won’t need to worry about leftovers.

I am excited to make it again. I think I will try splitting the dough in half to make more of a flat bread just to see how that turns out, and I would like to add roasted tomato, garlic and onions in one as well, but I would make this exact recipe anytime!

Although flavorful, we did mix herbs and olive oil for a dipping sauce. Take 1/3 cup of olive oil and add your favorites…garlic, oregano, course salt, pepper, red pepper flakes, marjoram, parsley, sage and/or basil. Of course you can also use an Italian herb blend if you have that in your pantry.

I hope you enjoy this gluten free focaccia as much as I did.

ABOUT US
Taste For Cooking is a website by food entusiasts, for food enthusaists. Nothing more, nothing less. We hope you enjoy it!
FOLLOW US
© 2022 TasteForCooking.com
MORE STORIES
Bread