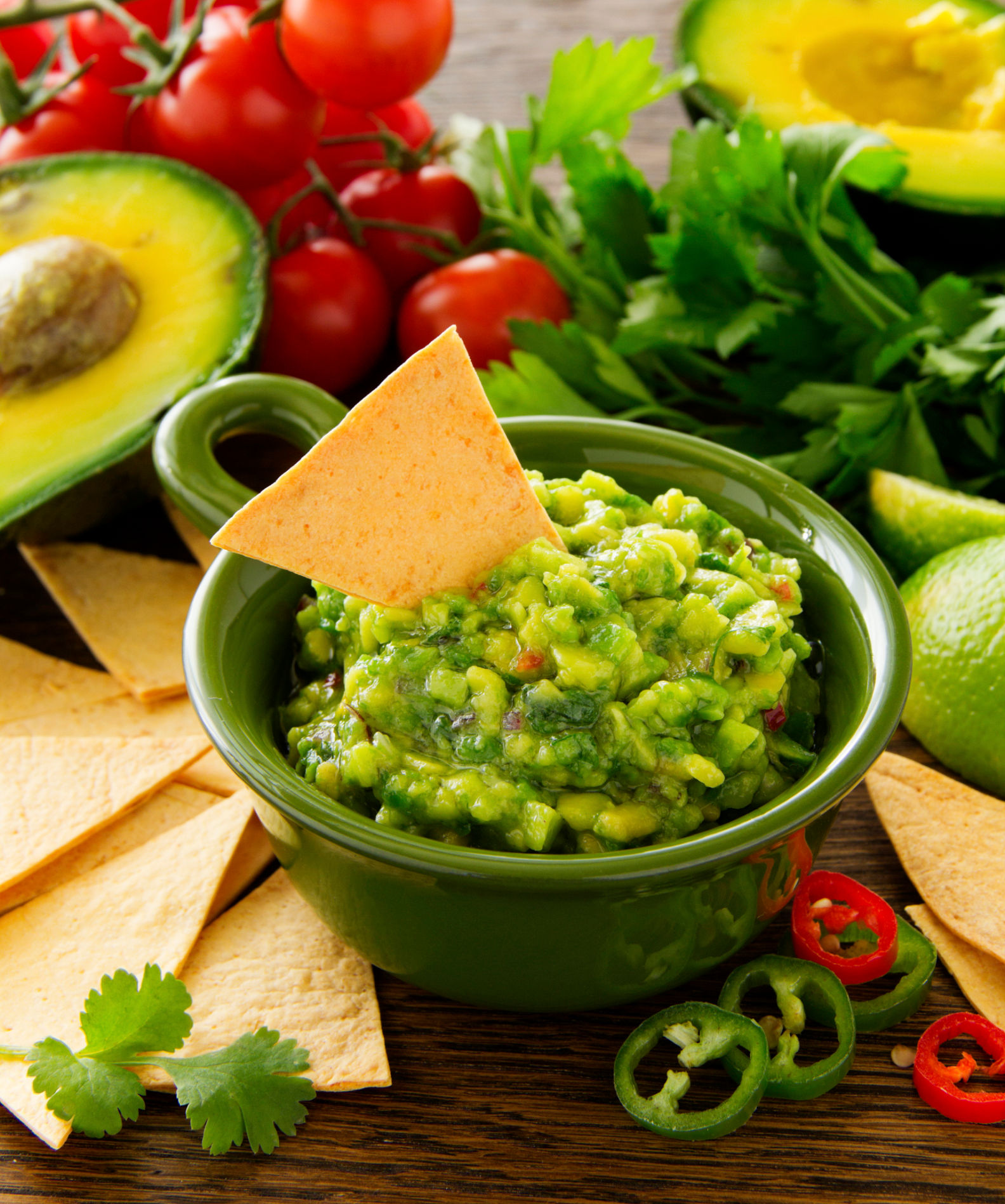 It’s the day you’ve been waiting for: National Guacamole Day! Each year on September 15th the nation celebrates all things guacamole. Guacamole is mostly known as a snack for parties, but it has a lot of health benefits too. Want to know more? Keep reading!

-Supposedly the Aztecs were the inventors of guacamole. They made it by crushing avocados and adding salt and tomatoes. In Aztec the word guacamole actually means “avocado sauce”.
-The fruit that guacamole is made from, avocados, are actually very healthy. They contain fats that can help lower cholesterol and can help fight certain cancers.
-Avocados are a very versatile fruit and are often substituted for oil or butter in recipes.
-This interesting little fruit grows on trees like a lot of fruits, but they actually aren’t considered ripe until they fall off of the tree. So if you see a good looking avocado laying on the ground, don’t throw it away, make some guacamole with it! After all, some avocados take up to 18 months to ripen and to not eat it would be a shame.
-On Super Bowl Sunday approximately 8 million pounds of guacamole is eaten. To go along with it, about 14,500 tons of chips are consumed as well.
-The Calavo Growers of California claim that they run the nation’s largest guacamole processing plant. They are also responsible for making about 40% of all of the guacamole that is sold in the world.

Make Your Own Guacamole:

Today’s most common guacamole recipes use avocados, cilantro, tomatoes, onions and Serrano chili. However, as long as there are smashed avocados in the dish, you can pretty much add anything else you’d like in it and it would still be considered guacamole. Since avocados are a fruit, they tend to pair well with other fruits.

Here’s an easy guacamole recipe that you can make at home.

To make:
Place one of the avocados on a plate and use a fork to smash it. The riper the avocado, the easier it will be to smash it. Remove the smashed avocado and place it into a bowl. Repeat this process with the remaining avocados. Cut the peaches into small chunks. Place them into the bowl with the avocados. Pour in the salt. Stir the ingredients until everything is mixed together. Refrigerate until you are ready to serve it.

ABOUT US
Taste For Cooking is a website by food entusiasts, for food enthusaists. Nothing more, nothing less. We hope you enjoy it!
FOLLOW US
© 2023 TasteForCooking.com
MORE STORIES
Appetizers