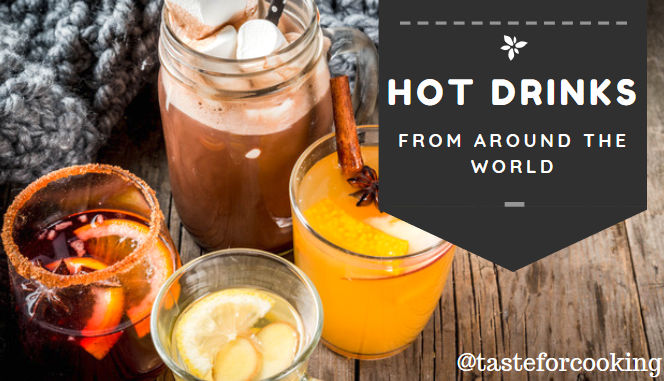 Traditional Hot Drinks Around the World

Dependent on where you live you may be feeling a little chill in the air. With winter knocking on your door you need a way to warm up, from the inside out. Forget the hot chocolate and the coffee! To get rid of the chill that you can feel down to your bones, try one of these hot drinks from around the world. They may be just what you need to warm up!

Other interesting blog on drinks are How the World Drinks coffee, the Best Winter Drinks to Find on a cruise and New Years Lucky Foods.

ABOUT US
Taste For Cooking is a website by food entusiasts, for food enthusaists. Nothing more, nothing less. We hope you enjoy it!
FOLLOW US
© 2022 TasteForCooking.com
MORE STORIES
Cocktails