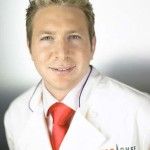 For those that have watched Top Chef from the beginning, it’s easy to remember Steven Asprinio from Season 1. He was the chef who was also a Sommelier, and typically spent more time describing the wine he paired with the dishes rather than what he was cooking, which in my opinion is why he did not make to the finale, as he was also clearly a talented chef.

However his confidence (and at times arrogance,) while on the show came from his hard work. At age 17 he ran a kitchen at a well known restaurant in Boca Raton. He is the youngest person in the U.S. to pass the U.S. Sommelier Association’s Certificate Examination, and one of the youngest to pass the Court of Master Sommelier’s Certificate Course. He has since then worked at top restaurants around the country including Nobu in New York and NobHill at the MGM Grand.

In early 2008, DiAsprinio and investors opened Forte Di Asprinio in downtown West Palm Beach.  The restaurant offered a contemporary take on Italian cuisine. A signature creation was a butter-poached Maine lobster with saffron zabaglione and a cauliflower fondue garnished with a Sicilian preparation of capers, currants, spearmint and fried cauliflower.

In less than 6 months, the restaurant was named one of the country’s top 10 new eateries by Gayot.com  However just as quickly, the restaurant dropped the name “di Asprinio,” and was known as just Forte.

Investor Robert Cuillo confirmed that Asprinio is no longer part of the restaurant. They are changing the menu, with prices being cut in half.  The executive chef, Mark Liberman has been at the restaurant since it’s inception and will continue to run the kitchen, which means (hopefully,) the quality of the food should not suffer. I tried to check out the website to take a look at the new menu, but it appears that the restaurant has closed permanently.

As for Stephen Asprinio, I am sure with his many successes and accomplishments at such a young age, that we will hear of future projects and appearances soon.