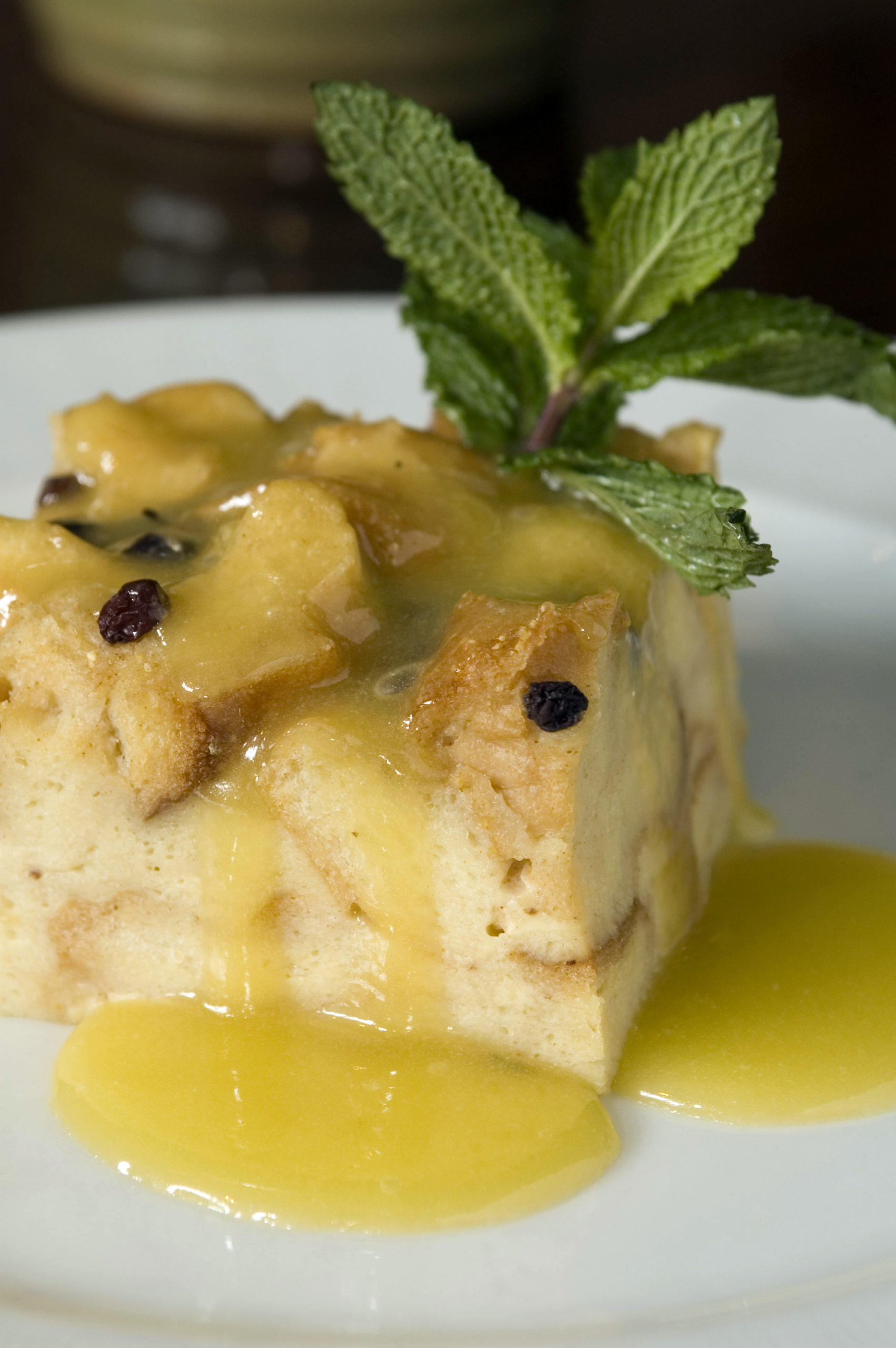 We found this Holland America cruise line recipe on a 2005 forum on Cruise Critic and decided to give it a try.

Directions:
Trim the crust off the bread, cut into 2-inch cubes. Then mix sugar and eggs and whisk. Slowly add the milk, vanilla flavor and cinnamon.
Put the chunks of bread into a baking dish and sprinkle with the raisins. Pour 2/3 of the milk mixture over the bread.
Let soak for a 5 minutes and then add the remaining mixture.
Cut up the butter and pieces throughout the top of the bread.
Cover with aluminum foil and bake in a warm water bath for approximately 60 minutes at 350 degrees F
Uncover and bake until the surface of the pudding is golden brown, approximately 20 minutes.
Serve warm with hot vanilla sauce.

Directions:
Heat the milk, heavy cream, vanilla bean, and 1/2 of the sugar on medium-high until it comes to a boil. Remove the vanilla bean.
Combine egg yolks and the rest of the sugar, then temper with part of the boiling milk while stirring constantly.
Pour egg mixture into the remaining milk and return to heat.
Stir constantly on low heat until mixture thickens.
Remove immediately from stove and strain through a cap strainer, directly into a serving dish.