Foods to Try While in Yucatan, Mexico 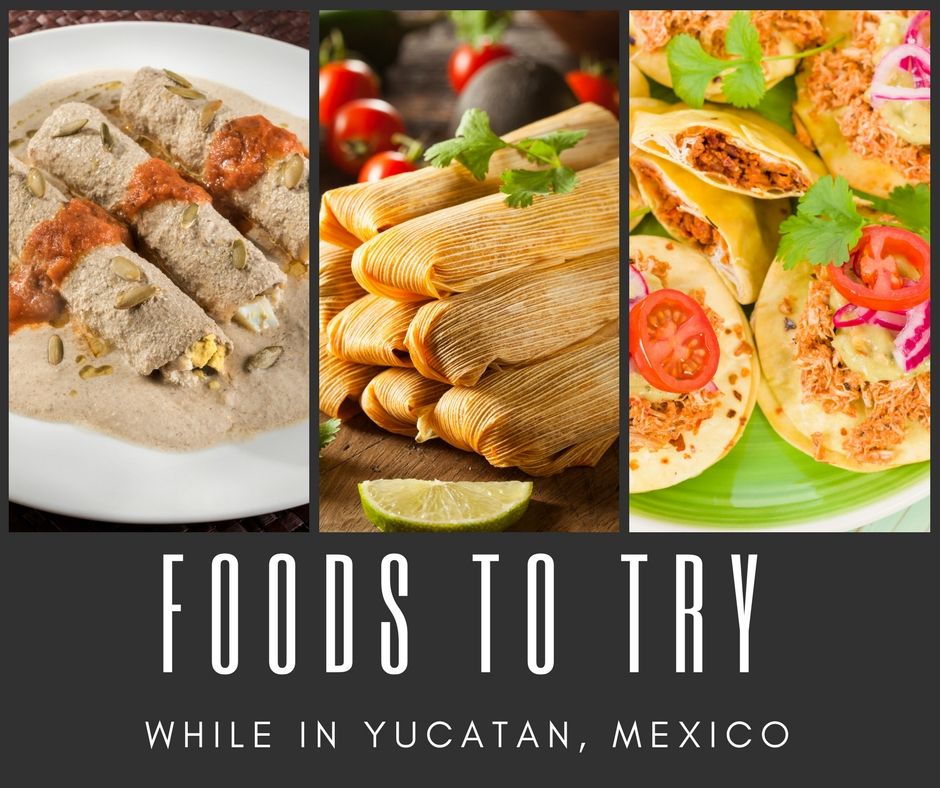 Anytime you visit Mexico you will be surrounded by quite a few aromas that will draw you into one of the restaurants or food stalls. Now is not the time to show restraint as you really should experience some of the mouth watering dishes that have been perfected by the locals. The following foods you should make a point to try while in Yucatan, Mexico.

Tortillas are a staple in this dish. They are first rolled around in hard-boiled eggs. Then they are topped with a tomato and pumpkin seed sauce.

Made out of corn tortillas, this dish has a black bean garnish and is often topped with pickled onions, chicken and avocado. Many of the locals also add peppers or hot sauce to it. Panuchos are often found in the appetizer section on the menu of many Yucatan restaurants as the dish isn’t as heavy as other dishes.

If you like Mexican food there’s a good chance that you’ve had tamales before. However, you’ve probably never had them the way that they are made in the Yucatan. Their thick dough is filled with ingredients like meat and cheese. They are then wrapped in at least one banana leaf and cooked. Once they have been thoroughly heated, the banana leaf is removed and salsa is usually placed on top.

This dish is very complex and has a lot of rich flavors that can be offputting to some that don’t have a well versed pallet. How it’s made is by taking a ball of Dutch Edam cheese and then hollowing it out. Pork and a variety of seasonings are put into the ball and the cheese ball is baked. Once it’s soft, it’s topped with a sauce that consists of peppers, chickpeas, capers, raisins, olives, tomatoes and onions.

For those that love pulled pork, they must check out this dish. It consists of pork with an abundance of Mexican spices. It’s served on either a bun or tortillas.

There are a variety of tasty snacks in the Yucatan, including Salbutes. It’s made by frying tortillas to a crisp. It’s topped with lettuce, tomatoes and shredded meat. Some individuals also add pickled onions and sliced avocado to it as well.

Alcohol is just one of the ingredients in Xtabentun. It’s made from the Moon flower and has a sweet flavor. It’s often consumed after dinner and has an interesting taste.

This dish adds a unique twist when it comes to breakfast in the Yucatan. Chilaquiles is made by topping tortilla chips with eggs, chicken, salsa, sour cream and cheese. Beans are also served right alongside of it. You certainly will be filled up until lunch if you try this dish!

No list about Yucatan foods would be complete without Pescado Tikin-Xic. This dish is made with fish that’s cooked by being wrapped in banana leaves and placed in an underground oven. An achiote paste that’s made out of orange seeds, cloves, pepper and cumin is added to it as well.