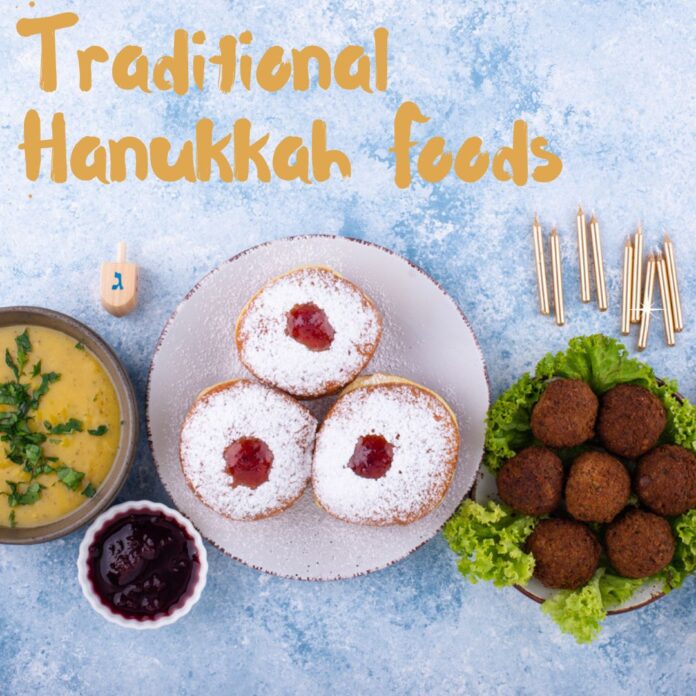 Hanukkah is a Jewish holiday that is celebrated by lighting a menorah, playing with dreidels, and eating traditional foods. Hanukkah is a Jewish holiday that is celebrated for eight days and nights. It is also known as the Festival of Lights. One of the traditions of Hanukkah is to eat foods that are fried in oil, which is symbolic of the miracle of the Hanukkah story. These foods are fried in oil to commemorate the miracle of the Hanukkah story, in which a small amount of oil burned for eight days in the temple in Jerusalem. Other traditional Hanukkah foods include brisket, gefilte fish, and kugel. These foods are often served at Hanukkah meals and can vary depending on the region and individual family traditions.

Some common Hanukkah foods include latkes, jelly donuts, and brisket.

Other traditional Hanukkah foods include kugel, a baked casserole made with noodles or potatoes, and gefilte fish, a type of fish cake. 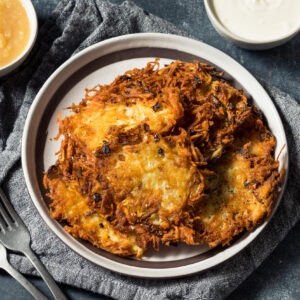 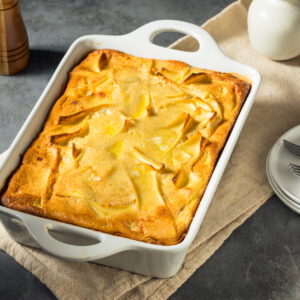 Kugel is a traditional Jewish casserole that is often served during Hanukkah. It is typically made with noodles or potatoes and can be sweet or savory. Here is a simple recipe for noodle kugel that you can try at home:
Print Recipe Pin Recipe
Prep Time 15 mins
Cook Time 45 mins
Total Time 1 hr
Course Breakfast, Side Dish
Cuisine Jewish
Servings 6

You can also add other ingredients to the kugel, such as raisins, chopped apples, or caramelized onions.
Keyword hanukkah, kugel, noodle

We hope you enjoy these traditional Hanukkah foods and that you have a happy and delicious holiday! If you are looking for more Holiday recipes such as Grape Jelly Meatballs.

ABOUT US
Taste For Cooking is a website by food entusiasts, for food enthusaists. Nothing more, nothing less. We hope you enjoy it!
FOLLOW US
© 2023 TasteForCooking.com
MORE STORIES
Holidays & Food Traditions